Software development with Vue and Laravel? 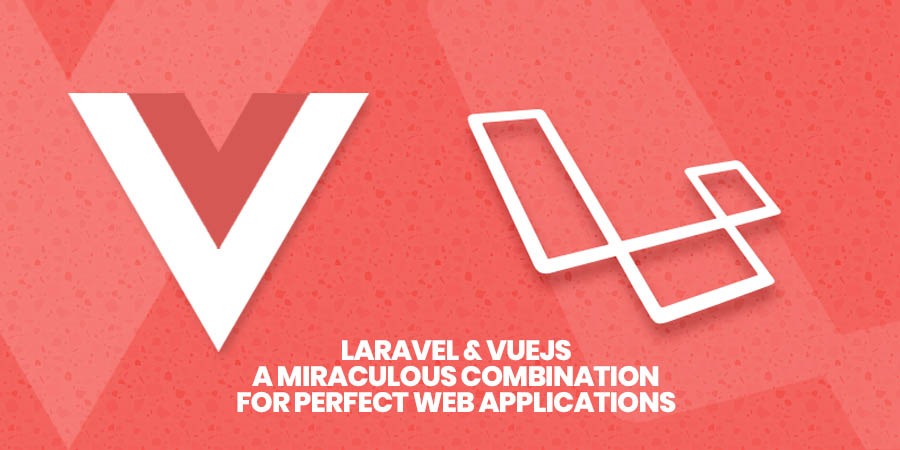 VUE is a progressive JavaScript Framework for building user interfaces. Vue.js comes bundled in Laravel with other tools like Bootstrap and jQuery. At its core Vue focuses on the view layer of an application, however you can use Vue on its own to build clever single page applications as well.

How does Vue work?

Vue is an event-driven, hereby minimising the difficulties and inefficiencies that come with updating the Document Object Model (DOM) pre event-driven, frontend, JavaScript frameworks e.g. if watching a YouTube video and a new comment arrives, before Vue (or similar frameworks), the entire page would have to be reloaded and the video started afresh. However, Vue gets around this by creating a copy of the DOM and storing it. When a comment arrives for example, Vue just updates that section of the DOM, without reloading the DOM or the user even noticing it.

The strength of Vue is its provision of reactive and composable view components. By this we mean: its ability to respond to events and trigger changes on the DOM instantaneously and its composable components that can be assembled and selected in any combination that you need and re-used however you need.

Vue’s reactive components allow for impressive event-driven apps. Vue couples well with Laravel handling all activity at the frontend. Less data requests are made to your Laravel application resulting in less taxed computer resources, UI changes that appear seamless and user experiences that are amazing.

If you want to build an application whose parts need frequent updating - vanilla JavaScript/ jQuery or JavaScript libraries are NOT ideal as they do not have a virtual DOM which means that performance issues/lags quickly become a problem due to the volume of data needing to be tracked. With Vue components however, each component’s dependencies are automatically tracked during its render, allowing the system to know the exact component which needs to be updated when there is a data change, resulting in improved overall app efficiency.

This makes it easy to include in projects without slowing things down too much.

Vue has fantastic documentation to assist those new to JS frameworks and veterans alike. The programming language of Vue is similar to writing plain JavaScript. If you already have a simple JavaScript application, it will remain valid in Vue. Any valid HTML can also be used as a valid Vue template. CSS can be kept external or processed in JavaScript. Scoped styling can be used i.e.: style changes can be applied to a single component on the fly without other components being affected. Vue components can be used like regular HTML tags inside your blade file in Laravel.

The above points are just some of the reasons why Laravel developers prefer using Vue.js to create web application UI’s. Many app development companies are coupling Vue.js and Laravel, to create secure, scalable and feature-packed web applications.

Blue Sky Solutions is a software development company, with offices in Durban and Cape Town, South Africa. We specialise in the analysis, design and development of custom web and mobile applications, ecommerce solutions and website design.